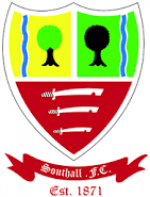 Southall FC was founded in 1871, making it one of England’s oldest football clubs and they celebrated their 150th anniversary in 2021. They played friendlies for the first 20 years before joining the West London League. Their recent history involve them playing in both the Combined Counties and Spartan South Midland leagues. They were Spartan South Midland Division One champions in 2017–18 before then playing in the Combined Counties Premier division the following season.

The club has quite a role call of former players including Les Ferndinand, Alan Devonshire, Gordon Hill and Justin Fashanu. Given their location in West London, a lot of their players have gone on to play for Brentford, QPR, Fulham amongst other clubs.