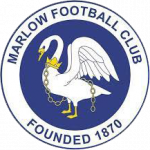 In more recent history, the club were in the Isthmian League’s Premier Division until being relegated at the end of the 1994–95 season. Two seasons later they were relegated again. In 2004 they were moved across to Division One West of the Southern League, and were later transferred to Division One Central. In 2011–12 the club finished bottom of this league and were relegated to the Premier Division of the Hellenic League which they won at the first attempt.

They earnt promotion back to Division One Central of the Southern League. They were moved around the leagues a few times before ending up in their current league at the end of the 2017–18.