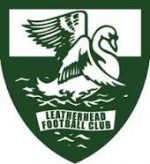 The merger club won the Surrey League four times in a row before moving across to the Metropolitan and District league in 1950.

In the 1970s, they had several runs deep into the FA Cup. In 1974, they beat Colchester in the 2nd round, Brighton in the 3rd round before losing 3-2 away at Leicester City despite being 2-0 up.

They struggled in the early 1980s and were relegated down to Isthmian Division 2. In 2011, they had an extra time win over Dulwich Hamlet to take them back into the Premier Division. They only survived for one season before being relegated back to Division One South. Another promoted via playoffs and relegated places them into the South Central Division.