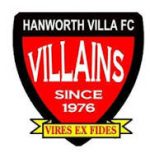 Hanworth Villa FC were founded in 1976. They played in various West London leagues, making their way up the football pyramid before being promoted to Division One of the Combined Counties League in 2002-03. The club were Combined Counties Premier Division North champions in 2021–22, earning promotion to the Isthmian League.