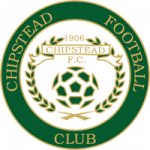 The club was founded in 1906 when locals formed a team to play workers from the nearby Netherne Hospital. They joined Surrey Intermediate league in 1962, moved up to the Surrey Premier League in 1982 before joining the Combined Counties in 1986.

They won the league title in 1989-90, were twice runners-up before winning the league again in 2006–07 and were promoted to Division One South of the Isthmian League.