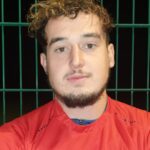 Binfield’s Under 23 Development side maintained a 10-point lead at the top of the Thames Valley Premier League Division Three with a 3-1 win at King’s Academy to bottom side Hambleden Stags.

It was Croker’s sixth goal of the season in just five appearances and he sits fifth in the division’s top scorer charts.

There’s been no action for the youngest Moles so far this month. The teams last outing was a 4-0 defeat to Harefield United in the Allied Counties Youth League Cup on the 6th December.

Weather permitting the side will be back in action on the 24th January.

The Men’s First Team are within touching distance of the Isthmian League South Central Division One play-off after beating fellow top-five hopefuls Chertsey Town 2-1 on Saturday. Read the report here.

A re-arranged fixture at home to Uxbridge is next up on Tuesday night. Tickets here.

Coming up for Binfield FC: