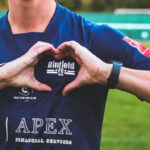 THIS GAME HAS BEEN POSTPONED DUE TO A WATERLOGGED PITCH. ANY TICKETS BOUGHT IN ADVANCE WILL BE VALID FOR THE RESCHEDULED FIXTURE.

This game is the rescheduled match that was originally due to take place on the 15th November 2022.

In the corresponding fixture last season, the score was 1-1 with Liam Tack scoring a penalty. The reverse fixture at Footes Lane finished with the Moles beating the Green Lions 3-1.

Moles come into this game with their 4-0 win over Ashford Town on Friday night. Guernsey played Thatcham Town on Sunday and lost 1-0 in front of a bumper crowd of 532. Going into the game, the Moles are 7th in the league whilst Guernsey are sitting 20th.