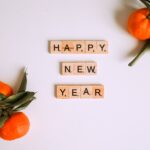 I would like to take the opportunity of wishing everyone involved with Binfield Football Club my very best wishes for the New Year.

As we say goodbye to 2022, I thought that it would be a good time to remind ourselves of what the club has achieved over the past 12 months in what has been an extraordinary busy year down here at Hill Farm Lane.

In January we commenced the New Kitchen build and Ground Grading works which occupied much of our attention over many months. This was an extremely ambitious and challenging project for the club which was beset with technical complications from the off. Funding in large part came from the Football Foundation and Binfield Parish Council but the club did use up a large chunk of its own reserves to complete the project. In short, we now have a “state of the art” kitchen facility which has future proofed our ability to provide catering for our own football related needs whilst also giving us the potential to organise other external events. We have increased the ground capacity with our new Stand, installed new outside toilets and have built new turnstiles which allows us to speed up parking on match days. We’ve installed a new enclosure between our 2 main 11 aside pitches and built a new walkway on Pitch 2 thus creating a-stadia feel for our junior team games. Special shout out to Glenn Duggleby who managed this mammoth project for the club and to Graham Taylor and all on the Executive Committee members who supported the works.

We re-seeded all 3 pitches in May of this year and managed to deal with the biggest drought that we’ve had since 1976. The pitches have certainly received a bit of a battering with the weather this past 12 months but are still looking in reasonable shape for this time of year. Lewis Pike deserves a very special mention here for all he has done and still does – thank you Lewis.

We block paved the area at the bottom of the wooden steps and this has made a huge impact at the club as this area sees the most footfall traffic. This work was kindly donated by Nigel Cole (one of our many brilliant Junior Club Coaches) who unbelievably also organised the very expensive removal of the “earth hill” in the car park. We’ve laid down some new scalping’s and now have an estimated 25 extra parking spaces as a result of all this work.

The Ground looks the best it has ever looked and we have been officially approved by the FA as meeting the Ground Grading requirements for Step 4 football.

We ran our Junior Tournament again in May having not run it since 2019 – it was a hugely successful weekend again and I must thank all of you that helped out in either the planning or delivery of the event. Special thanks of course must go to Nicola Pottinger our Tournament Director!!!

Our website and social media presence has undergone a huge transformation this season and its making such a big difference right across the club. Jack, Tom, Andrew and Kieran have given us so much of their time and I can’t thank you personally enough – thank you boys.

On the footballing side we have had an extremely promising time right across the club. From Soccer School all the way through to the first team senior men’s team, the past 12 months have been a big success. Highlights of the year include Steve Humm’s Under 13’s team winning the County Cup and League last season. Andy Harvey’s Under 18’s won both the league and cup in their final season at youth level. We’ve re-started our Allied Counties team this season thanks to Nick White and Martin Smith, in addition to the creation of our very first Under 23 Development team managed by Andy Harvey. 4 of our current Under 23 players have been involved with the 1st Team on numerous occasions already this season and have all gained match experience.

Our first team are currently sitting just outside the play off places in the Isthmian South Central Division and are having an excellent season so far – reaching the 3rd qualifying round of the FA Cup and the 1st round proper of the FA Trophy is history in the making for the club. Our 1st Team Manager Garry Haylock who joined us in early October is a UEFA Pro Licence Coach holder and he is committed to helping the club develop our player pathway from Youth to senior football. Whilst still early days, it’s great to see there being a real link between our Allied, Under 23’s and 1st team developing. Our ambitions to see players stay with the club from soccer school through to senior men’s football is very much alive and kicking.

There are so many people to thank for all their efforts in making this all happen at the club this year as so many people have chipped in – it would be remis of me not to mention the huge efforts from Rob Challis in making the 1st Team operation and clubhouse work so well within the club. To all our match day volunteers that give up their time for the club, we truly love and thank you all.

Behind the scenes there’s a number of people who make it possible for our club to play football who truly deserve all our thanks. Our pitches and referees’ coordinators Helen Harper and Kelly Howes do such a magnificent job in making sure our teams can play every weekend. Amanda who manages our club kit supply and distribution so wonderfully. Bob Chapple keeps us on the straight and narrow when it comes to safeguarding and together with Alan & Jamie Clarke, helps run our wonderful soccer school. To all our Coaches and Team Managers, you do such an important and fantastic job – thank you.

The past 12 months at the club have simply flown by as there’s been so much happening at the club – it just wouldn’t function without so many wonderful people taking time out of their lives to do their bit. I’m hugely grateful to my Vice Chairman Craig Gilbert for all that he does to support me and the rest of the club. As we move into 2023 there will be some new plans drafted up to plan for some new club milestones. The Executive committee is being expanded in order to introduce new blood and some new ideas into the heart of the club – the more people we have the stronger we will be. I will be announcing the details of this in the near future but please don’t hesitate to contact me if you want to get more involved in club life.

Finally, I would like to thank our Club sponsors who have generously supported the club during the past 12 months. Apex Finance who are main club sponsors have been very generous to the club over the past year as have David Cliff and C&V Mechanics – we are going to be reciprocating their support in the New Year by highlighting their businesses across the club membership.

Wishing everyone a Happy and Prosperous Safe New Year.