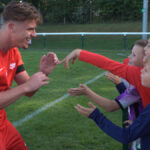 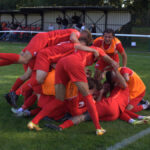 Well, what a day. Few people gave us a chance against Vanarama National League South Tonbridge Angels in the FA Cup but boy oh boy did we show them.

I should’ve known that our Binfield boys wouldn’t let the small matter of a two division gap bother them (I said as much in this weeks newsletter), but 4-0, that’s breathtaking.

Thankfully, we had young photographer Daisy Spiers on hand to capture some memories of the day for us and she’s done it brilliantly. So for now, sit back and get scrolling down the page.

Look out for the FA Cup Third Qualifying Round draw on Tuesday. 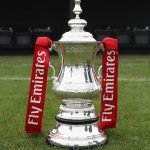 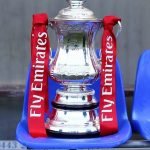 Well it was always going to be another away day, wasn’t it?

This time though it’s a little closer to home as Binfield have drawn Holyport in the FA Cup First Qualifying Round.

The Moles reward for a 3-0 win at Kidlington on Saturday is a trip to the Combined Counties League side who have already knocked out Step 5 heavyweights Risborough Rangers and Ascot United this season.

More details to come as we look to equal our best-ever run in the FA Cup. Fixtures are due to be played on the weekend of Saturday 3rd September 2022.

The Moles will travel to Harefield United for their Preliminary Round tie after the Hares beat Chipping Sodbury Town 2-1 on Saturday. 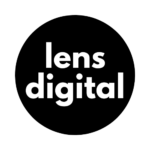