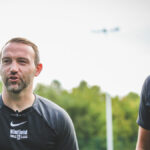 Binfield FC are disappointed to announce the departure of joint managers Carl Withers and Jamie McClurg and the First Team Coaching Support team following an approach from Bracknell Town over their vacant management position.

The timing of this news, particularly on the back of the club’s recent success on the pitch in both league and all cup competitions where we remain unbeaten, coupled with the enormous effort by the club in supporting our move up to Step 4 football through significant investment in Ground improvements, is somewhat disappointing.

The club would of course like to put on record our sincere thanks to both Carl & Jamie for their service to the club. The pair oversaw the overhaul and development of the First Team these past couple of seasons as well as managing us through one of the most successful periods in the club’s history in 2020/21 with promotion from the Hellenic League and reaching the FA Vase final in the same season. Both also played for the club over their playing careers, with Carl Withers making over 650 appearances for the Moles. We wish them both the very best for their future footballing ambitions and we are sad to see them go at this time.

Chairman Andy Cotton said “Binfield FC is a wonderful football club which plays a hugely significant role within our borough of Binfield and beyond. We are proud of being one of only a handful of clubs nationally that play at Step 4 whilst also running 36 Junior Boys and Girls Teams plus an Allied Counties Under 18’s and Under 23 Development team – all of which is achieved on a voluntary basis. We shall miss Carl and Jamie and I want to express my thanks to them both and to the coaching team for all their hard work over the past couple of seasons. I wish them the very best.

“They leave us with a wonderful group of First Team players whom we will continue to nurture and support as we’ve always done. I’m pleased to announce that Roger Herridge who is part of this season’s First Team Coaching group will immediately take over as Caretaker Manager supported by Tony Perry and Keith Pennicott-Bowen. We are obviously in safe hands as Roger has years of Management experience and was our First Team Manager for a number of years prior to the departing managers.”

A statement will be released over the coming days with information regarding the vacant managerial position. 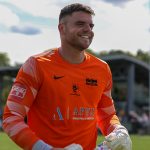 Binfield came away from the Bank Holiday Weekend with maximum points in the two games at home to Merstham and away to Basingstoke Town in the Isthmian League South Central Division One.

Merstham were dispatched 4-0 with two goals in each half from Harvey Harry, Liam Tack (penalty) as well as Jonathan Denton and Johnny Efedje, while second-half goals from Connor Holland and captain Sean Moore were enough to beat the ‘Stoke at Winklebury.

The six points earned puts the Moles in second place in the division at this early stage, two behind Northwood. 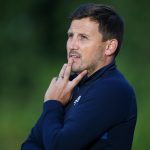 I’m sure most have been enjoying the recent sunshine and the welcome break from football, however for this club so much hard work has been going on behind the scenes improving the ground and we can honestly say it’s never looked better and hope many of you can come along over the course of the season and see for yourselves.

For any manager, reflection is always needed at the end of any season and for us coming off the back of our first season at step 4 finishing 8th would please most, but for us there were a number of games that we felt could and should have gone our way thus pushing us closer to a playoff position, but at times maybe our squad depth let us down and left us thinking what if.  This year we knew we had to improve this, and we believe we have done exactly that bringing in several exciting players, who will add to the incredible foundation that we already have at this football club.

I think we’d both be lying if we said we weren’t happy with the start to our campaign this season, 4 points from 6 in the league, and being in the next round of the FA Cup, which following the draw Monday has provided the club with a fantastic local derby in a week’s time against near neighbours Holyport and one the club, players and staff can all look forward to.  In terms of the league and our bread and butter we find ourselves with a number of tough fixtures over the coming weeks, but we will look forward to these and continue to build on a recent success. 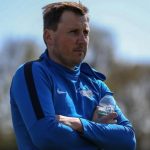 Firstly it would be wrong not to use this opportunity to thank everybody for the support you gave myself, dodds, and all our lads during our FA vase run. The reception we received on the day of the final when we left the village, and the many faces we saw in the Final really made it hit home what this club had achieved over those 6-7 weeks and sadly on the day we just fell short but come away immensely proud.

When both myself and Jamie took over our ambition from the offset was to gain promotion from the Hellenic League and win the FA Vase, now some people laughed at this but we always believed we could build a squad to be successful, and I think not many people can deny that we didn’t achieve our goal, and today that chapter begins.

Like any club promoted, their squads will always need to be strengthened and this is no different for us. Our squad for two seasons has grown but only with the right type of player and this has been no different during pre season. We believe we have brought in a group of lads who all compliment the squad in different ways and we hope you will make them feel welcome and cheer them on each week.

Today we welcome Basingstoke Town, a team who for the last few years found themselves without a home but we’re both delighted they are now back where they belong playing in their town, and will be one of the favourites going into this season.