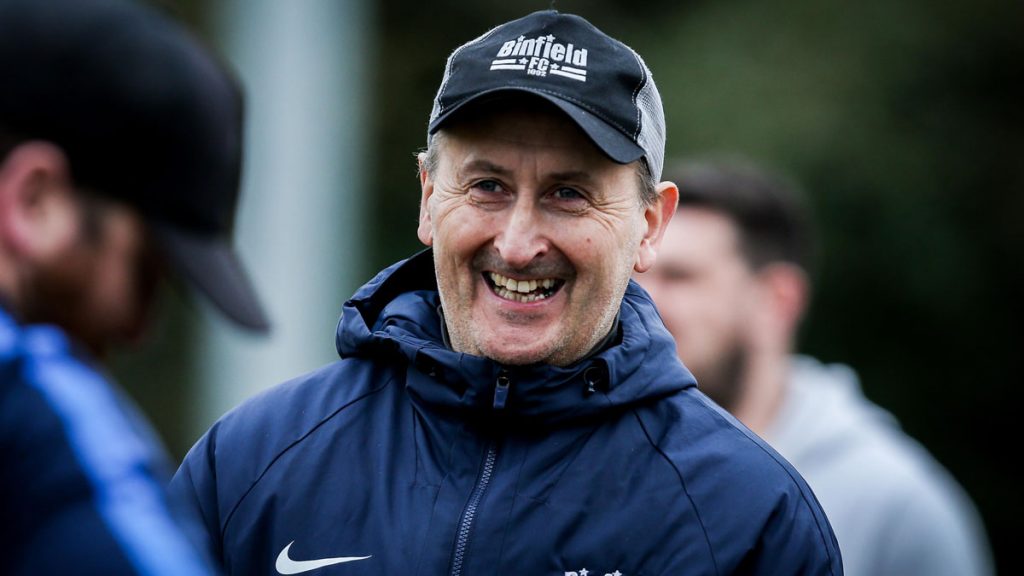 After nearly seven years at Binfield FC, Roger Herridge has decided to step down from first team affairs and hand over the reins to Carl Withers and Jamie McClurg.

Roger joined as the assistant to Mark Tallentire in May 2013 and in September 2014, took over the first team management, and kicking off with a 3-0 win away at Flackwell Heath and followed that up with a 1-0 win away from home at Highworth, where we went down to 9 men. Under his management, the club reached a number of finals and his duck was broken by beating the eventual FA Vase winners Thatcham Town, in the Floodlit Cup at Windsor.

Roger always liked to give younger players a chance in the team and several of those players benefitted from extended runs in the team, gaining valuable experience. Roger was also never afraid to bring more experienced players into the club when required to strengthen the squad.

After 20 years of management, Roger has decided to take a break from day to day management and recharge his batteries. We are delighted to say that Roger intends to remain with the club in an ambassadorial role on home match days in the boardroom and will be available for scouting tasks for the new management team as required.

Whilst we are saddened that Roger has made this decision, it is something that we have been preparing for from the start of the season and opens the door for Carl Withers and Jamie McClurg to take sole control of all team affairs. The influence of both Carl and Jamie to the team this season both on and off the pitch, has been highly visible from the beginning and critical to the success of the season. They have established a strong foundation for the forthcoming season.

The whole club is appreciative of everything that Roger has done and how he has gone about his business within the club. He has always been a credit to himself and the club. Thank you for all of your endeavours. The club would also like to extend its thanks to coach Rob Wytchard who is also stepping down.

More details can be found on the Football in Berkshire podcast, located at this link.